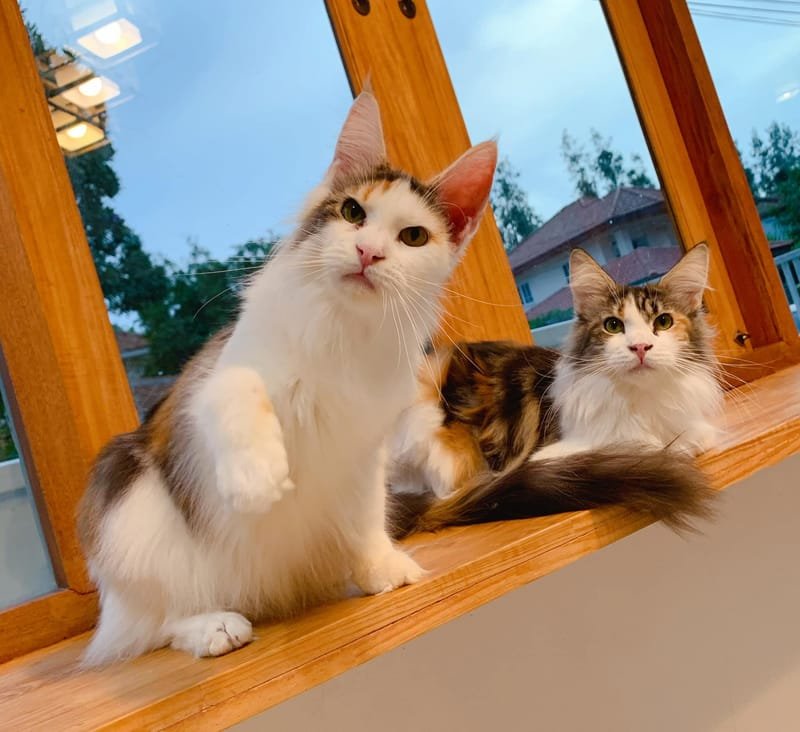 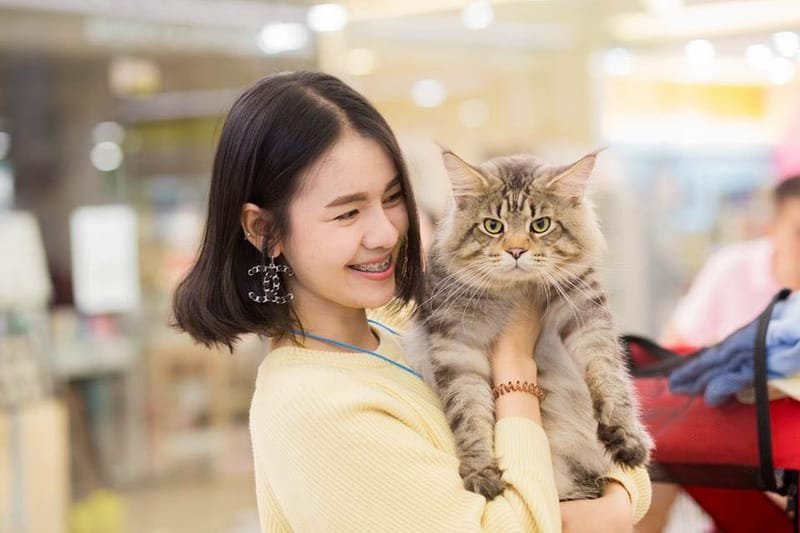 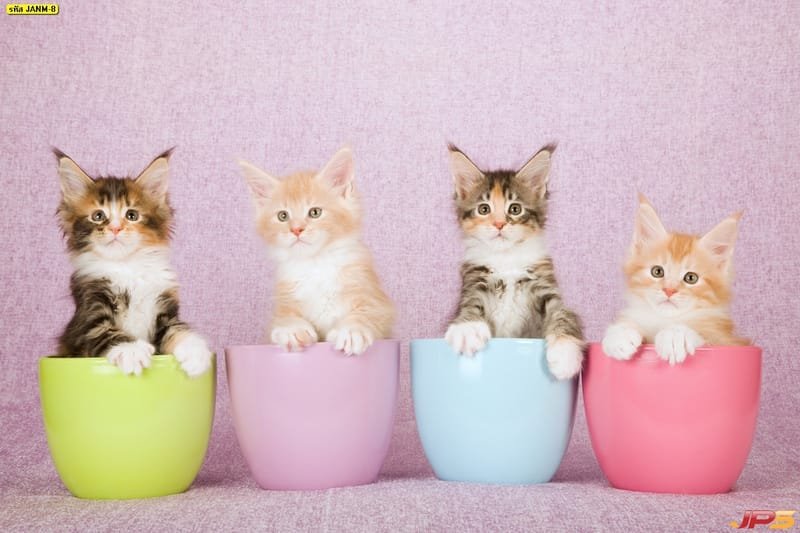 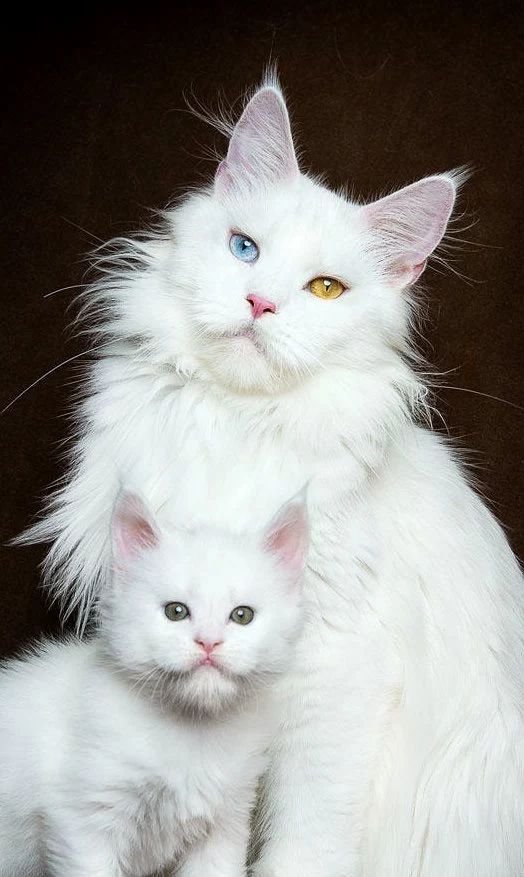 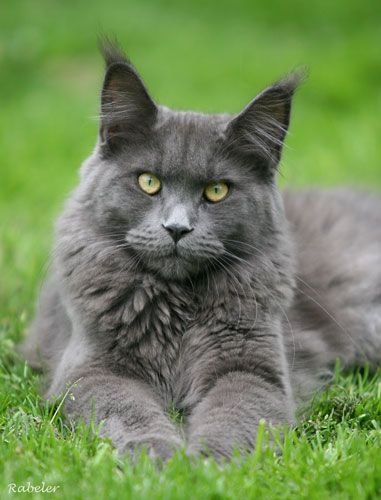 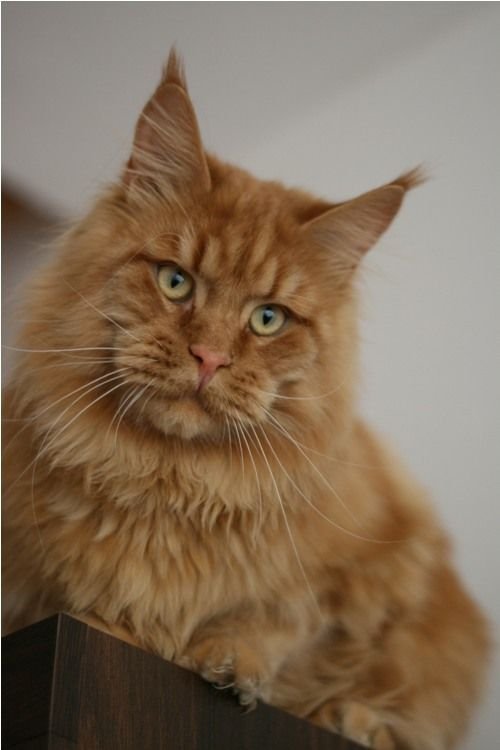 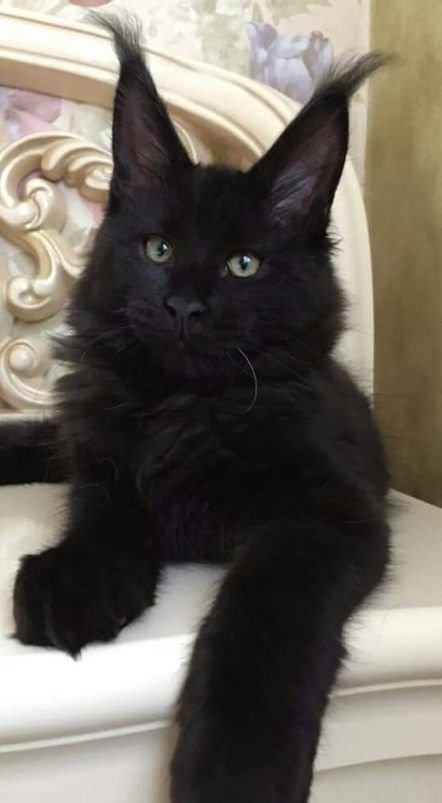 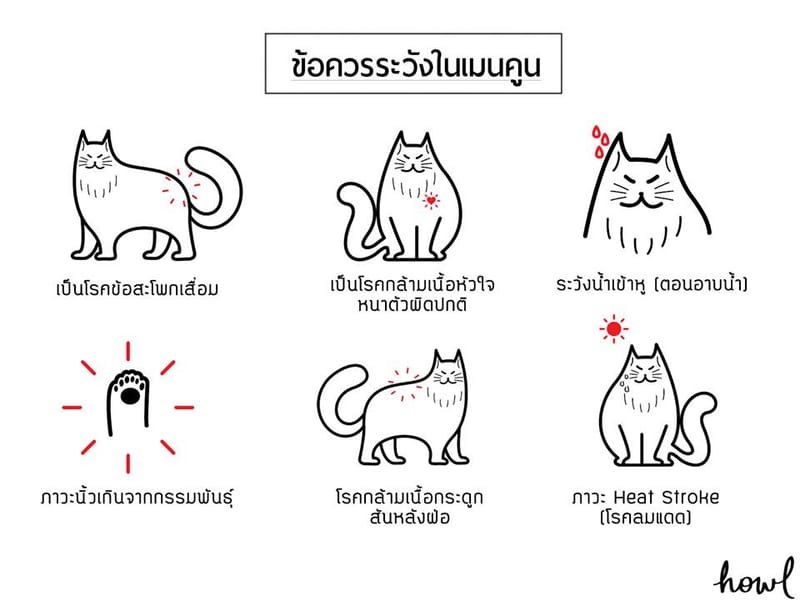 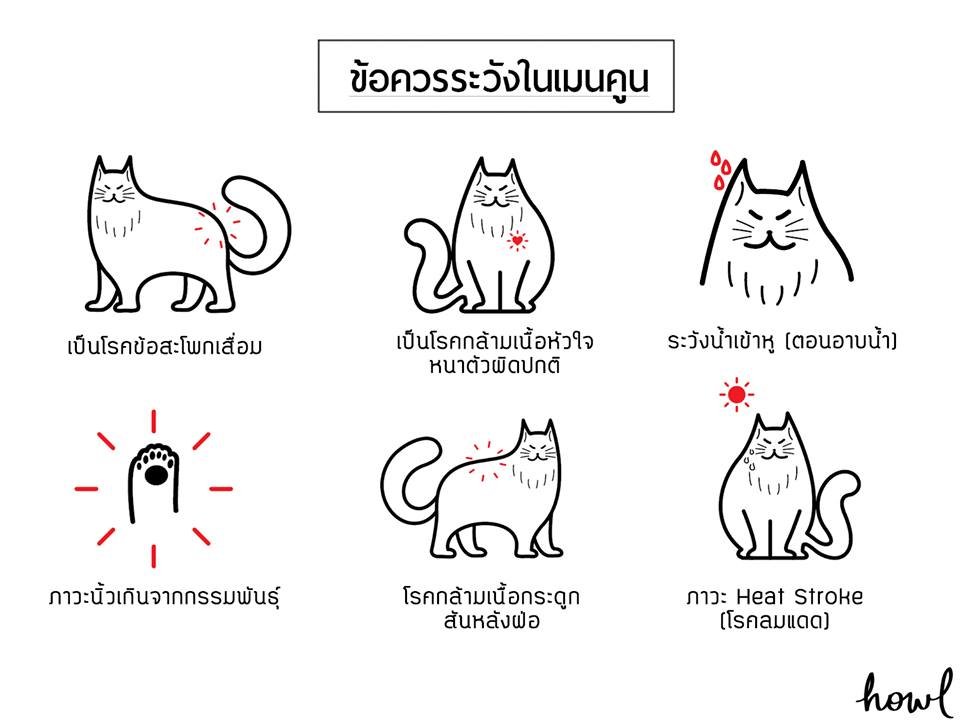 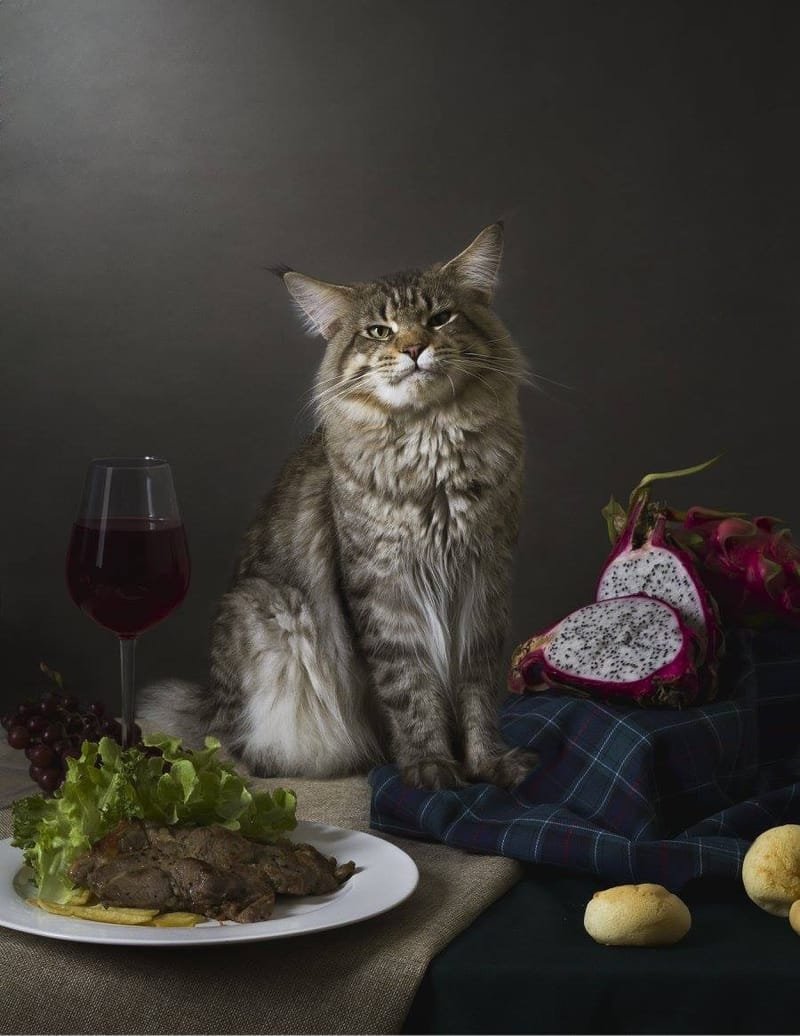 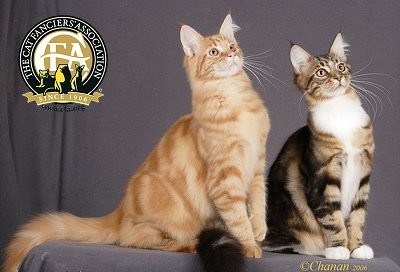 GENERAL: originally a working cat, the Maine Coon is solid, rugged, and can endure a harsh climate. A distinctive characteristic is its smooth, shaggy coat. A well proportioned and balanced appearance with no part of the cat being exaggerated. Quality should never be sacrificed for size. With an essentially amiable disposition, it has adapted to varied environments.

HEAD SHAPE: medium in width and slightly longer in length than width with a squareness to the muzzle. Allowance should be made for broadening in older studs. Cheekbones high.

MUZZLE/CHIN: is visibly square, medium in length and blunt ended when viewed in profile. It may give the appearance of being a rectangle but should not appear to be tapering or pointed. Length and width of the muzzle should be proportionate to the rest of the head and present a pleasant, balanced appearance. The chin should be strong, firm and in line with the upper lip and nose. When viewed in profile the chin depth should be observable and give the impression of a square, 90-degree angle. A chin lacking in depth, i.e. one that tapers from the jaw line to the lip, is not considered strong, firm or desirable.

PROFILE: should be proportionate to the overall length of the head and should exhibit a slight concavity when viewed in profile. The profile should be relatively smooth and free of pronounced bumps and/or humps. A profile that is straight from the brow line to the tip of the nose is not acceptable, nor should the profile show signs of having a “break” or “stop.”

EARS: Shape: large, well-tufted, wide at base, tapering to appear pointed. Set: approximately one ear’s width apart at the base; not flared. EYES: large, expressive, wide set with an opened oval shape. Slightly oblique setting with slant toward outer base of ear. NECK: medium long.

BODY SHAPE: muscular, broad-chested. Size medium to large. Females generally are smaller than males. The body should be long with all parts in proportion to create a well-balanced rectangular appearance with no part of the anatomy being so exaggerated as to foster weakness. Allowance should be made for slow maturation.

LEGS and FEET: legs substantial, wide set, of medium length, and in proportion to the body. Forelegs are straight. Back legs are straight when viewed from behind. Paws large, round, well-tufted. Five toes in front; four in back. TAIL: long, wide at base, and tapering. Fur long and flowing.

COAT: heavy and shaggy; shorter on the shoulders and longer on the stomach and britches. Frontal ruff desirable. Texture silky with coat falling smoothly.

PENALIZE: a coat that is short or overall even. 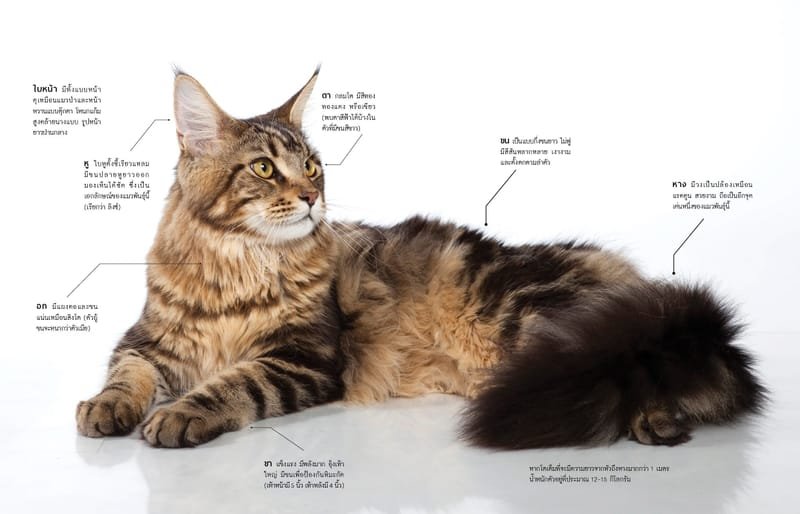 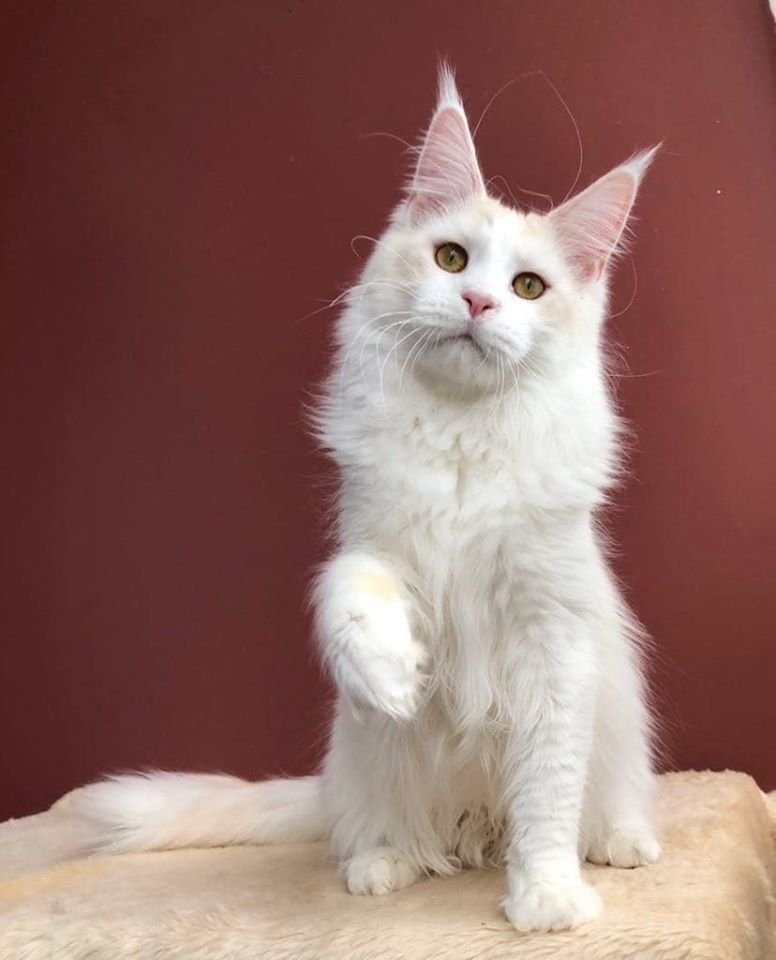